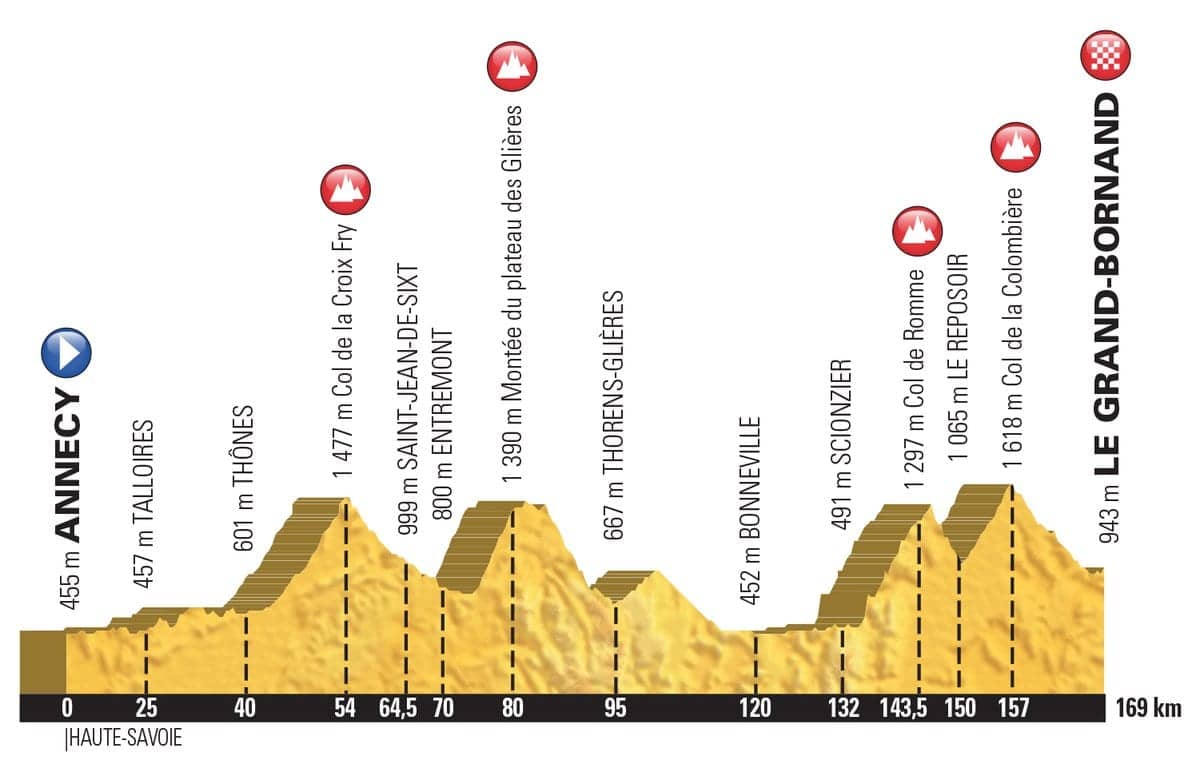 The 2018 Etape du Tour is out and it looks like an absolute stunner. The race directors have created a very innovative Tour with cobbles, gravels and a short 65km stage amongst all the classic climbs. The Etape is similar, the route this year is unlike anything that has gone before with a stage full of beauty, character and interesting climbs. We dig into the finer details of the route and look ahead to what looks like a tough but amazing day in July.

So first impressions – the Etape is very early in both July and in the Tour. The sportive takes place on the opening weekend of the Tour and the stage itself is in the middle of the race. This is mostly to do with the Etape getting so big that it is getting increasingly difficult to stage in the Pyrenees outside of Pau, which appears less keen to host than towns in the Alps The other reason for it being in the Alps again in 2018 is how great this route is and how excited the organisers are to bring people here. So, lets get to it:

The start will be by the lake in Annecy, a nice central location and easy a stunning place to start the ride. The first 40km goes around the lake on the west side. This is definitely more rolling than flat with great views all the way round. Turning East towards Thones, it’s time for the first climb of the day.

At around the 40km mark after a drag around the lake, it is onto the Col de la Croix Fry. This is the longest climb of the day at just under 13km and the only one that doesnt have a 10% sector! The road surface is good although the gradient rarely stays at a consistent level, it is definitely a climb you can get in a rhythm for and enjoy the views on your way up. From the top at 54km it is a long downhill until you turn left of the valley road and onto the toughest part of the day, the 6km very steep Col des Glieres. This is a very narrow road and riders could be bunched here depending on feed station locations. There are steep hairpins but mostly the hard sectors are long, narrow straights that might see plenty of cyclists on their feet and their is the potential for those still riding to be stuck in traffic much like the steeper climbs in the Tour of Flanders sportive. Most of this climb is in the trees, as you get out into open air you hit the short, 2km unpaved section which ends at the monument to the French Resistance and probably a feed station.

Along the Valley and the Final Climbs

After the French Resistance monument, there follows a steep downhill, a small climb and then another descent into the valley around Bonneville. This 20km flat sector along the valley floor is not the most beautiful part of the Alps but will allow you to catch your breath before the last two climbs. Out of Cluses you turn onto climb three – the Col de Romme, a nasty, steep ramp with inconsistent gradients and plenty of kilometres over 10%. From the top there is a short descent which takes you to the halfway point of the Colombiere and leaves you with just 7km of climbing to do. Unlike the other climbs, this is a consistent gradient with 5km of either 8 or 9%. The last part is at 10%, fitting for a route which involves more steep climbs than any Etape we have ever seen. The very last sector is the 12km descent into the finish line at le Grand Bornand. This is a stunning descent and a great way to end an incredible route.