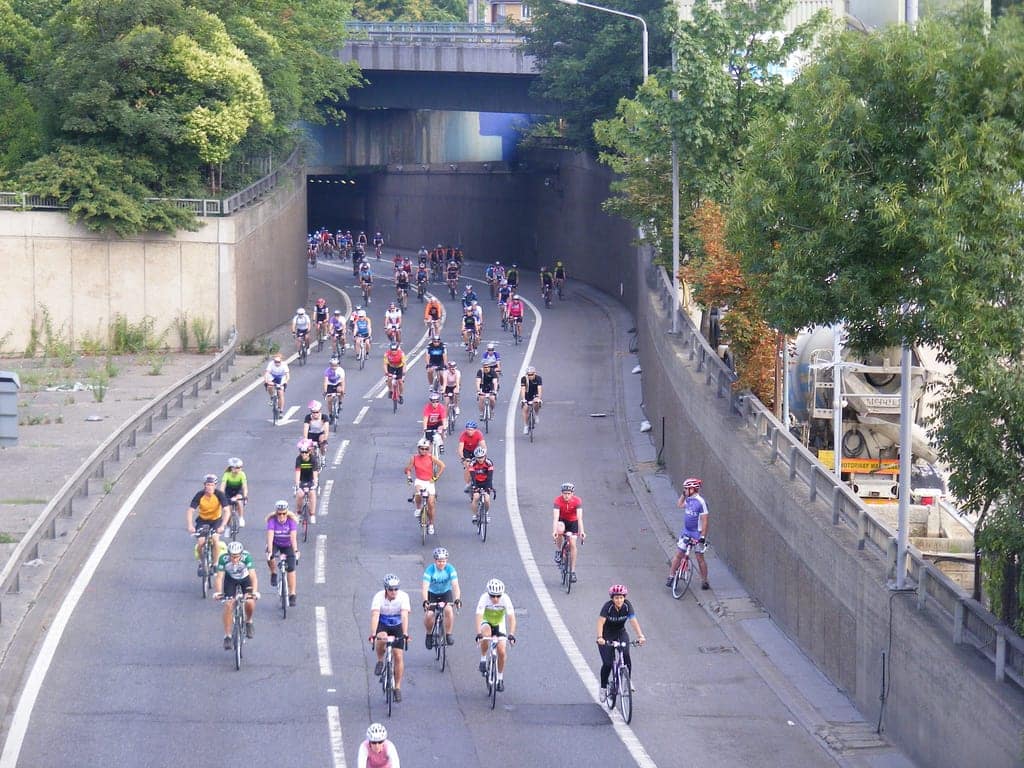 Congratulations to everyone that completed the 100 miles of Ride London. If this was your first major sportive, we hope you enjoyed it as much as us. For those that now have the bug and are keen to explore new events, we have put together a mini guide to the best sportives to ride next… Looking to get back in the saddle straight away? The sportive season is front loaded with most big events falling between early April and mid July but there are still a few great rides to be had at the end of Summer and into Autumn.

24th September – Etape London
Organised by the team that run the world’s most famous sportive, the Etape du Tour. The Etape London is a legacy event from the 2014 Tour de France with a route taking you into the beautiful countryside of Essex. The absence of long climbs is made up for by a rolling route and some nasty headwinds. Entries still available from £40 – http://www.letapeuk.co.uk/london/

27th August – La Marmotte Pyrenees
If your legs are feeling great at this point and you want a massive challenge, sign up for the second running of the Marmotte Pyrenees. Possibly the hardest mass participation one day sportive, the route takes you over the Tourmalet (twice), the Cat 1 Col d’Aspin & Hauquette before finishing with your third HC climb of the day, the Hautecam. With over 5,500m of climbing, this is one for the pure climbers only. Three night packages from £329 – https://sportivebreaks.com/sportives/la-marmotte-pyrenees/

The first running of the sportive to accompany the Race of the Falling Leaves. The sportive is on the Sunday, the day after the final monument of the season on the banks of Lake Como. The legendary climb of the Ghisallo with the Cyclist’s Church at the top is one of the highlights of the route which starts and finishes in the city of Lecco. As a season ender it is not too difficult with just 128km of riding and around 2,000m of elevation. The perfect cycling weekend if you want something to train for in the next couple of months but nothing too tough. Three night packages from £359 – https://sportivebreaks.com/sportives/il-lombardia-granfondo-don-guanella/

A new season of rides starting in spring with the Northern European classics before the biggest events of the year in June & July over the biggest climbs of the Alps, Pyrenees & Dolomites. We couldnt list all the great sportives to ride in 2018 so we picked out a few of our favourites that most suite Ride London finishers.

3rd June – Tour of Cambridgeshire
Did you enjoy the training for Ride London? Were you surprised by how well you did. If you are keen to get more into the sport, the ultimate amateur cycling event is the UCI Gran Fondo World Championships where amateurs race for their country to win the Rainbow Jersey. There are qualifying events in each country and the Tour of Cambridgeshire, over a pretty flat route on closed roads, is the Team GB qualifier. While the front of the sportive is quick, the rest of the event is perfect for all types of cyclists and this is one of the very few closed road events in England. More info – https://sportivebreaks.com/sportives/tour-of-cambridgeshire/
10th June – Dragon Ride
One of the most popular events in the UK. The Dragon Ride is one for the climbers over a tough route over the longer hills in Southern Wales. Starting and finishing in Port Talbot, this event sees over 7,000 riders coming from every corner of the country for the views and friendly atmosphere. Highly recommended for a fun away weekend. More info – https://sportivebreaks.com/sportives/dragon-ride/

Unique, brutal and an unforgettable cycling weekend. This is an amazing weekend for anyone that loves the history and culture of pro cycling. If you have not done a European sportive before, this is a great first. Roubaix is easy to get to from Calais and the collecting entries can be done on Friday evening or Saturday before the ride. There are three routes to choose from so there is something for all ability levels. The vicious cobbles of this route are rarely open to us amateurs so it is a very special event to understand what its like to ride the pave. The sportive takes in all the key sectors of the famous pro race and finishes in the Roubaix velodrome. Stay an extra day and watch the pros on the Sunday. 2 night packages from £145 – https://sportivebreaks.com/sportives/paris-roubaix/

28th April – Mallorca 312
Vastly different to Paris Roubaix. Mallorca 312 takes place at the end of April on the smooth closed roads of the best island in cycling. The route takes in some of the best climbs in Mallorca and hugs the coast for large parts offering some breathtaking views. It is one of the most popular events of the sportive season with lots of riders coming back to do it again and again. The full route is a challenging 312km so winter training is essential. There is a more relaxed 167km option which is more bearable early in the season. If you havent been riding in Mallorca before, book your place now!! 3 – 7 night packages available from – £289 https://sportivebreaks.com/sportives/mallorca-312/

Possibly the greatest climb in the world. The Stelvio is a giant of the cycling world and this sportive finishes on this 22km climb – thats almost 10 times longer than Box Hill with an average gradient 50% steeper than the main climb from Ride London. This part of the Italian Alps is full of incredible climbs and the sportive takes in one of the hardest climbs BEFORE the Stelvio, the Mortirolo which averages over 10% gradient. The Stelvio Santini is quickly becoming a classic in Europe and the Stelvio is one of the must ride climbs for every cyclist. 4 night packages available from £659 – https://sportivebreaks.com/sportives/gran-fondo-stelvio-santini/

1st July – La Marmotte
The original European sportive. If you are a fan of the Tour de France, this route is for you. 173km, over 5100m of climbing, La Marmotte is a serious event requiring serious training but the scenery will keep you smiling (just about) all the way round. In one day you will climb the Col du Glandon, Col du Telegraph, Col du Galibier and finish on Alpe d’Huez. This is another event that is on most cyclists bucket list and will definitely keep you motivated through winter. 3 night packages from £329 – https://sportivebreaks.com/sportives/la-marmotte/

Try and beat your time at Ride London. The ballot opens on August 7th 2017…

Whatever you are riding next, the most important thing is you keep riding. Dont allow yourself to get lazy in the weeks after completing a major event. Get something in the diary, whether its a major international sportive or a local cycling club event to give you the motivation to get out early on Saturdays and to do a couple of sessions in the week.