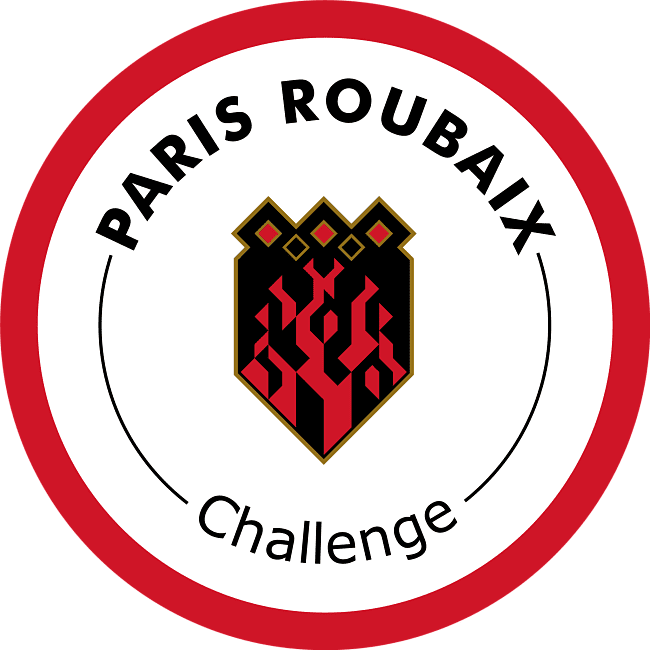 At number 4 in our series of unmissable sportives, the ones you have to ride at some point of your life, is probably the most iconic ride in cycling – Paris Roubaix. Its not very long (the long route is 163km), its very flat with almost no serious inclines and the weather is often perfect for cycling in mid April. Despite all this, the Paris Roubaix sportive is one of the most punishing events in the calendar with horrific cobbled sections that will have you hanging onto your handlebars for dear life. It is also a sportive for the big guy in your group that is rapid on the flats but gets dropped by the skinny riders at the first sight of an incline – picture the pro winners at Roubaix compared to the mountain loving whippets that prosper at the Tour de France.
A relative newcomer to the sportive world, Paris Roubaix added an amateur event the day before the classic pro race in 2011 (though the local cycling club have been running a summer sportive for years). With its proximity to Calais, quality of route and the ability to watch arguably the greatest one day race the next day, this sportive has become hugely popular with over 2,000 Brits in attendance each year.
See other sportives in this series:
#6 – Tour of Flanders
#5 – Nove Colli

What makes the Paris Roubaix Sportive so great

In one word – Pave. Similar to the Tour of Flanders, the route is well signed so you always know how far it is to the next cobbled section and how difficult it will be – the cobbled sections are ranked from two stars (barely noticeable, like riding through an old village high street) to five stars (brutal). It is a sportive with no dead kilometres, you will either be suffering though the cobbles or speeding in a quick peloton on a flat section. The event is run by ASO (who manage to Tour de France, Etape du Tour and many of the best pro races & sportives) so the organisation is first class.
If you have not ridden cobbles before it can literally be quite a shock. For anyone riding their first cobbled sportive & doing the medium route, you are in for a baptism of fire as the first section is possibly the hardest – the Forest of Arenberg (more of this to come). The feeling of landing back on smooth tarmac after the cobbles is quite amazing and riding with over 5,000 other cyclists from all over Europe ensures you will always have a group to get into on the flat sections. After repeated bludgeonings from the cobbles you will be counting down both the number of sectors remaining the kilometres to the finish. You have 9 flat km at the end to prepare for the most famous finish in cycling at the old velodrome in Roubaix. And to top if all off, the next day is the greatest one day race of the year. A classic cycling weekend.

The long route starts in Busigny about 100km north of the pro race start in Compiegne. To make this sportive easy logistically, the race organisers arrange a transfer from Roubaix to Busigny at 5.30am. The sportive starts at 7am so if you struggle with super early breakfasts – pack something to eat on the bus. The first 13km are flat and then its 27 sectors in the next 140km with a total of 52.5km of cobbles. There are 3 five star sectors spread fairly evenly at 69.5km, 115km & 144km. By the time you have finished the last of these you are in the home straight with just two minor sectors left until the velodrome finish.

The medium route starts and finished in Roubaix with a 45km flat drag out to the cobbles and then 18 sectors in 95km with a total of 30km of pave. Start time is a more humane 7am to 10am so if you want to avoid the 5.30am depart the medium route is a good alternative. You join the long route at the first of the five star sectors and then ride together for the rest of the way. Both routes have their merits. The medium route is slightly easier logistically and has a better start time but spits you onto the pro route on the hardest sector. The long route is more true to the pro route and the first few sectors are a nice warm up to harder parts to come. But, you need to commit to a 5.30am start and the extra 22km of cobbles will hurt!


With 27 cobbled sections, there is a lot to grab your attention over the 163km of Paris Roubaix. Not all cobbled sections were born equal and there are a few stretches that will have you questioning why you thought this was all such a good idea in the first place. These are our key sections to the ride:
1. The Forest of Arenberg – the first five star sector and for our money the hardest stretch of cobbles on the planet. For the long route this comes at 69.5km so you will be warmed up and this will be your 10th cobbled sector. For the medium route this is your first. In the pro race, teams reach sprint like speeds to get a good position onto the cobbles and keep cadence and power high for the duration. The Forest of Arenberg is 2.4km long and dead straight. The major challenge here is the uneven, jagged and large cobbles. By far the worst of all the sectors, this will hurt through your hands and the finish will be a blessing.
2. Carrefour de l’Arbre – the last five star sector where you cannot call on fresh legs to get you through. Unlike Arenberg, this is open to the elements so expect to battle wind, maybe rain and of course nasty, bumpy cobbles. The Carrefour de l’Arbre is 2.1km and in the pro race often the decisive section. If your anything like us, you will be thinking of survival rather than breakaway at this point.
3. The Finish – Ok, we are all adults. By the last 9km we will have been working with the same few riders for a while but we wouldn’t be human if images of Paris Roubaix glory weren’t rushing through our heads as we start to get closer to the Velodrome. So, pick your moment, the final 9km are flat and smooth. Get some energy back in your legs, channel your inner Cancellara and make the decisive break to victory in Roubaix. Then celebrate with a beer in the velodrome and promise yourself you will never ride the cobbles again.

Whats it like to ride the Paris Roubaix Sportive

* many thanks to Phil Crow and Caferide.cc for sharing this video.

Roubaix is very convenient to get to – just over an hour from Calais and under 20 mins to Lille Eurostar station so it can be reached after work on Friday. The long route has a very early start on Saturday, the medium route begins between 7am and 10am so you have a bit longer for breakfast or to sleep in. You should finish the sportive by mid afternoon so you can enjoy the afternoon & evening in Roubaix. Town will be buzzing for the pro race, a giant screen is set up in the town square next to our hotel and all of the cycling world will be there.
Sunday is all about the pro race. If you have driven, you have plenty of options of where to watch the race. Head to one of the big cobbled sectors to experience the atmosphere of the large crowds and watch the peloton shoot by. Arenberg is a popular place to go as you will have time to get back in your car and head to the velodrome or watch the conclusion in a local bar. If you want a more gentle paced day on Sunday, you can stay close to the hotel and watch the race in a local bar, on the screen in town or in the public area of the velodrome where a giant screen is also set up. The race will finish between 4.30 and 5pm so you have plenty of time to get a crossing home on Sunday evening.

This is one of the most iconic sportives in Europe and an absolute must ride for every cyclist. Brilliantly organised, classic cobbled sectors & a finish at the famed velodrome makes this a sportive steeped in cycling history. To add to the brilliance of the sportive, it is easy to get to and gives you a chance to watch one of the best pro races on the Sunday. Its hard to imagine a more packed and perfect cycling weekend.