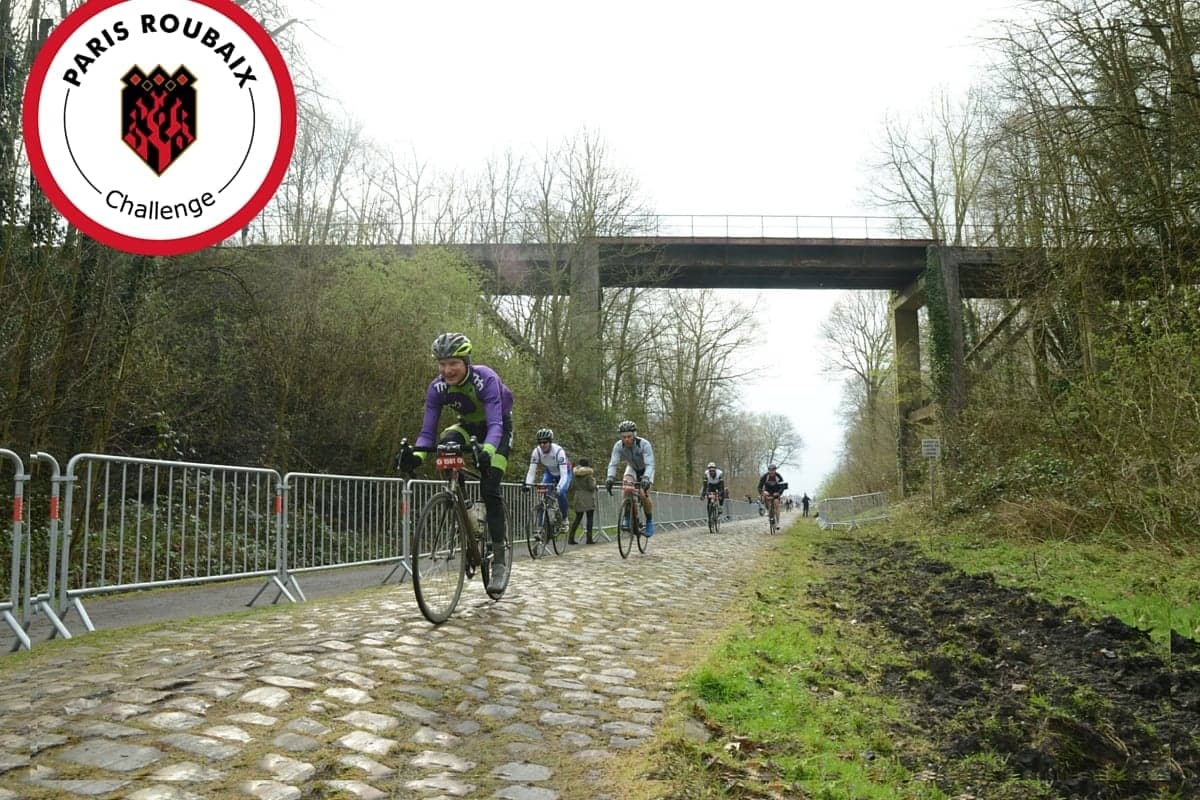 If you’re a cycling fan, then the first half of April can mean only one thing: cobbles.

There are all sorts of races taking place virtually daily across Northern France, Belgium and the Netherlands over this crucial period in the racing calendar, but two giant events stand astride all others.

The first Sunday of April is the date of the Tour of Flanders. The Ronde van Vlaanderen is Belgium’s biggest sporting event, boasting enormous television audiences and thronged roadsides.

A week later, it’s the turn of the Queen of the Classics, Paris – Roubaix. Usually described as the world’s most famous one-day race, the “Hell of the North” has captured the public’s imagination for 120 years. The images of gaunt faces streaked with mud span the decades with a timeless quality that belongs indisputably and uniquely to Roubaix.

For many years, Flanders has blazed a trail by holding a sportive event over the same roads on the eve of the pro race. In recent times, Paris – Roubaix has followed their lead, recognising the huge influx of keen riders and fans that such an epic weekend attracts. You ride on Saturday, you watch on Sunday.
We know that both of these great monuments involve the challenge of covering multiple stretches of backbreaking cobbles, but they are also very different events. So what can the visitor to either race expect? 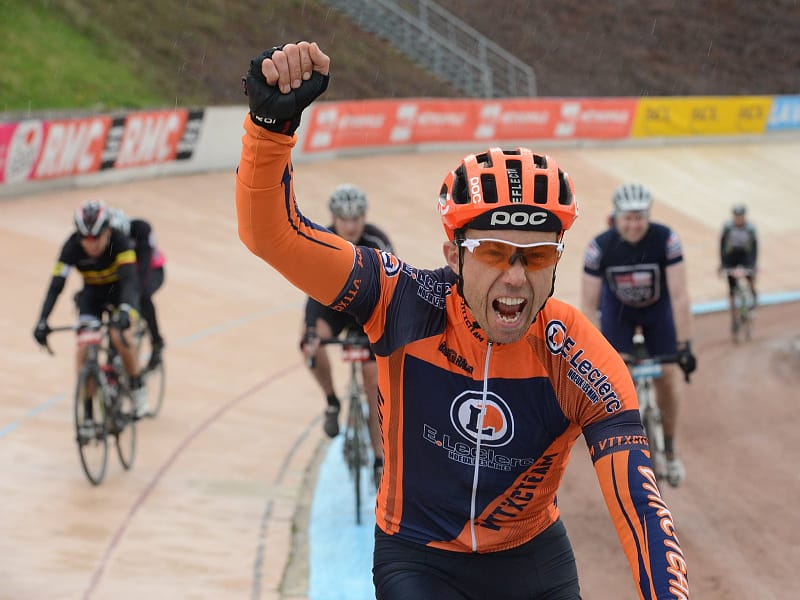 The Ronde is characterised by the short, steep, cobbled climbs that litter the second half of the race. Whilst the exact route changes regularly and the roads due to be covered won’t be revealed until close to the event, entrants can expect to face the dubious delights of the Koppenberg, the Oude Kwaremont and the Paterberg amongst many hideous little ascents. Recently the organisers have brought back the old favourite climbs of the Muur van geraardsbergen and Bosberg, both are on the longer sportive routes only. Gradients in excess of 20% are not rare.

The weather in Belgium is notoriously hard to predict in April, with wind and rain common companions, but also the chance of unseasonable heat. The event even has its own smell: not a particularly pleasant one, it’s true, but the traditional chicken manure fertiliser spread over spring fields is omnipresent.

The Tour of Flanders has had many changes over the years, with the organisers keen to keep it fresh, and 2023 promises to be another great year, both for the pros and for visiting sportive riders.

The race has started in the hip town of Antwerp recently, changing the first third of the pro race and long sportive from a dash along the windswept coast to a ride straight south in the heart of Flanders. In 2023 we will start again in the medieval Grote Markt familiar to fans of the seminal cult movie ‘In Bruges’.

The finish of the race has found a home in cycling crazy Oudenaarde for the last five years, and that remains the destination. When this was first announced in 2012, the country was up in arms as this race is so steeped in history that taking out the Muur / Bosberg double near the finish was taken as a great offense. The general feel is the new route is pretty great, building drama to the last loop making the Kwaremont / Paterberg unmissable. In 2017, the Muur was brought back to the delight of locals and now features fairly early in the race.

The social side of Flanders is truly unbeatable, and the rider who is tired of a weekend in northern Belgium is tired of beer, steak, waffles and gothic architecture as well as the pavé. At less than two hours drive from Calais, Oudenaarde is a very manageable weekend for Anglos, and English in a variety of global accents will never be far from earshot. UK visitors also benefit from being an hour behind when they get home, so it’s simple to watch the whole race on Sunday and be tucked up in their own beds at a reasonable hour.

Viewing the race is easy too, with big screens at strategic points on the route. A favourite spot is the village square at the top of the Oude Kwaremont, where the beer flows steadily and smokey sausages fill the air. Get there early though – the delight of seeing the pros come past three times, plus the excellent women’s race, means that a space on the rails is at a premium.

The Tour of Flanders weekend is a classic in every sense, and an ideal jumping-in point for first-timers on an escorted trip with Sportive Breaks. Everything about it is easy and fun… apart from the bike riding.

Book your Tour of Flanders weekend with Sportive Breaks and you’ll be staying at hotel Leopold in Oudenaarde. Undoubtedly one of the best places to stay for 3 or 4 nights. On Friday we offer a guided ride as we don’t want you to tackle the cobbled climbs unprepared on Saturday. All Sportives finish in Oudenaarde so just roll home and sit down for a Belgian beer after you finish. No need to get on a bus back to Ghent or other places. On Sunday, take it easy and soak it all up as you’ll be at the heart of it all in Oudenaarde. BOOK NOW FOR 2023

So you’ve ridden in Belgium. You’re an expert on the pavé, a king of the cobbles, a queen of the bergs. Paris – Roubaix is flat. How hard can it be? Unbelievably hard.

From Troisvilles to the old velodrome in Roubaix, the bleak landscape is punctuated by the sort of appalling old farm tracks that you would expect to see populated by rows of wounded WWI soldiers marching in jerky monochrome, hand upon the shoulder of the man in front. Mud everywhere. If there was a dead horse at the side of the road you wouldn’t give it a second glance. In fact, calling these lanes roads is like calling X-Factor auditioners rock stars. Yes, they are designed to lead from one flat little village to another, but there the similarity to any throroughfare you’re familiar with ends.

These roads were basically pretty useless when they were put down in the 19th Century, and they’ve done nothing but suffer ever since. Using bits of brick, stone and even flint from surrounding fields, farmers built these ways to drag their carts through the arable land without getting stuck in the mud. In the intervening decades, the land has done its best to reclaim them. Two things stand out. The surfaces are so bad it is incredible that anybody ever drives along these roads, let alone sends a bike race down them. The second thing is the ridiculous sinking of the wheel-tracks on either side of the grassy crests. Any family car is in danger of having its guts ripped out at any given moment.

When you finally ride the Roubaix pavé, the pounding your body and bike are required to absorb outweighs anything you’ll have done before. The secteurs are surprisingly long, and good intentions are quickly worn away as initial technique and momentum are quickly abandoned. But slow for a moment and all is lost. There is no more attritional event than this in cycling, arguably in all of sport. The Forest of Arenberg is like no either arena in the world: three kilometres of pure hell. In fact, the moniker “Hell of the North” was coined by route pathfinders after the Great War trying to see if the race could be reinstated. Shocked by the devastation on all sides, they wound their way through the Enfer du Nord and set out a route that remains largely intact. In fact, the pavé is now protected by law.

Even these roads need love and attention. Les Amis de Roubaix make it their mission to safeguard the cobbled roads of Roubaix and prepare them for the race. Former winner John Degenkolb is the official ambassador of “les Amis de Paris-Roubaix”. The non profit association that keeps and protects Paris-Roubaix course as it always was. They protect it from modernisation.. and guarantee that the Paris Roubaix race will be till today as hard, heavy, nice, amazing and lovely brutal, that the course will be exactly the same as back in 1896 at its first edition.

There are three routes for the sportive, the long route starts in Busigny and is a straight shot north, the medium and short are loops from Roubaix. All take in 5* sectors (the hardest) so will give you a great appreciation for what this race is all about. The final 5* section is the Carrefour de l’Arbre, after this it is a fairly easy sprint to the finish and a lap of the famous velodrome.

Book your Roubaix weekend with Sportive Breaks and stay at a hotel in Roubaix for 2 or 3 nights. Warm up ride on Friday afternoon to talk tactics, give you some tips as we don’t want to send you onto the cobbles unprepared! Entries are included and if you choose the long distance, we will transport you to the start (also included). On Sunday watch the Pros with us. Either come on our guided ride to a cobbled section and see the race live or stay in Roubaix and you’ll have access to the inner circle of the velodrome to watch the race on a big screen, have a few drinks and see the finish live. BOOK 2023 PARIS ROUBAIX NOW

Watching the race is difficult, with the route a long straight ride north away from main roads, but the breath-taking sight of the peloton hitting the Arenberg Trench at scarcely believable speeds is something that everybody should experience once in in their lives. And don’t be fooled: the start is nowhere near Paris. You won’t be having a pleasant evening strolling through the Luxembourg Gardens or along the ramparts of Montmartre before your ride as it begins 90kms away in Compiègne. However, the towns scattered across this part of the Nord and Picardy have their own charm, even if they are a little short on individual character. Lille, of which Roubaix is a suburb, is the heart of industrial France and has clearly seen better days, but it has a pulse about it that is unique.

With an airport, a Eurostar service and just over an hour’s drive from Calais, Lille / Roubaix must be the easiest major sportive destination on the calendar for Anglos.

The best places to watch the pro race are the major cobbled sections or at the velodrome at the finish. There is a giant screen on the Arenberg & Carrefour de l’Arbre with plenty of locals cheering on their charges. The velodrome is free to get in and now has an area exclusively for people that ride the sportive. The “Giant Screen” is not massive so you may find yourself watching on your phone or through some binoculars. There are VIP options in the grandstand from £149.