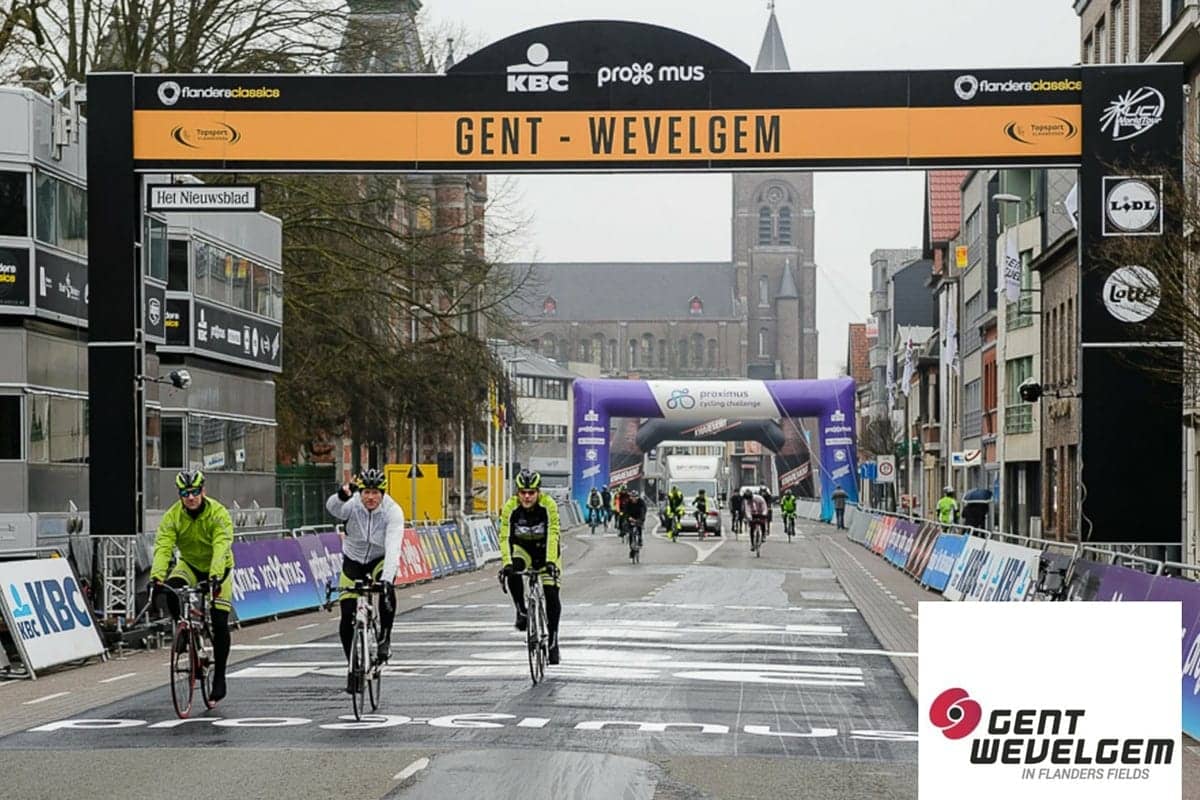 The sportive season is finally here. The first two months are firmly focused on northern Europe and the famed pave of northern France and cobbled bergs of Flanders.
March & April are packed with some great sportives. Cycling weekends do not come better with great beer, nightlife and massive pro races on the Sunday. Best of all these sportives are a stones throw from Calais so you can leave after work on Friday and be back in time for supper with the family on Sunday.

26th March | Wevelgem, Belgium.
The start of the classics season in Belgium. While most of the big sportives in this area focus on the area between Ghent, Oudenaarde & Geraardsbergen this heads into south west Flanders and even into France for a while. Though technically a cobbled classic, there are no flat cobbled sections and only two cobbled climbs. Importantly, both of these are used regularly by motorized traffic so the cobbles are fairly smooth.
There are 4 routes from 60km to 220km. This is a nice introduction to riding in the area with long quick sections and relatively little climbing – the 140km route totals 1050m of elevation across 5 climbs. The main challenge of the route is the Kemmelberg with a 23% gradient. One of the toughest climbs in Flanders. This year’s edition is conveniently over Easter so you can enjoy a good night out in the bars of Kortrijk after watching the pro race on Sunday.

2nd April 2016 | Oudenaarde, Belgium.
One of the most popular sportives in Europe. Over 16,000 riders take to the roads of Flanders the day before the pro race to fight the numerous cobbled sectors and climbs. The long route begins in Bruges whereas the medium and short routes start and finish in the home of this event at Oudenaarde. For the long route, the first long stretch is relatively uneventful until you join the other riders in Oudenaarde. From there, it’s chaos. Over the next 125km there are 15 climbs and 5 flat cobbled sections. Most of these sectors are challenging, the 2.3km cobbles of Paddestraat are uncomfortable, the 1,9km sector of Haaghoek is at times violent. If you have not ridden on the cobbles before, this is a rude introduction. The climbs are also very challenging. Only 3 of the 15 climbs do not have sectors above 10% and the cumulative affect on the legs is very tiring.
After recovering from the assault on your body from the sportive, Sunday is all about enjoying the monumental Tour of Flanders. There are plenty of options for catching the action. The start in Bruges is packed and good fun, there are several sectors with giant screens and fan parks or you can head to a bar and watch the action with cheering crowds.

The Tour of Flanders is now sold out. Good luck to everyone riding it this year.

9th April 2016 | Roubaix, France.
There are sportives and there is Roubaix. Brutal and beautiful at the same time. The Paris Roubaix Challenge is possibly the top event in the sportive calendar. There are three route options, 70km, 139km and 163km. The long route packs in 27 cobbled sectors with over 50km of riding in cobbles. These cobbles are a mix of paths, farmers tracks and country lanes so there are few cars driving on them to smoothen them out. We strongly recommend taking your bike in to your local bike shop for a service and getting your bike ready for the cobbles. Think about new, wider tyres to make the pave slightly more comfortable and read up on what the pros are doing.
The cobbled sectors are scored out of 5 with 2 stars being the easiest and 5 star sectors being the hardest. There are three of these – Trouée d’Arenberg, Mons-en-Pévèle & Carrefour de l’Arbre, all sharp, jagged and rough sectors but the Arenberg edges the other two out for the hardest part. If you enjoy this at the time there is something wrong with you, but you will look back with pride that you have ridden this route and the finish in the velodrome is a fitting way to end a unique ride.
On the Sunday the world of cycling is centered around Roubaix. There are again numerous options for watching the race. If you are driving you can follow the race and see the peloton pass at the Arenberg or smaller sections where you can park and get close to the action. The main town square in Roubaix has a giant screen showing the race or you can head to the velodrome for free to watch on a giant screen before catching the finish live.

16th April 2016 | Aalst, Belgium.
This one is for the old school riders out there that miss the Muur and Bosberg from the Tour of Flanders. Over 5,000 riders participate in this event around the bergs of Eastern Flanders. Starting and finishing in Aalst the route heads to Geraardsbergen for one of the great climbs of Europe. The Muur (Kapelmuur) is over 1km long and builds to a 20% gradient that was so often the critical part of the Tour of Flanders. After the famous left banked turn there is a final ramp up to the chapel where the road mercilessly then descends to give you time to catch your breathe. You have 3km to recover before the second famous climb, the Bosberg. This is a long, straight climb with much less severe gradients but the cobbles are covered with history from Flanders’ favourite race.

There are many other great sportives over the cobbles of northern France and Belgium. For more sportives check out Flanders Classics.