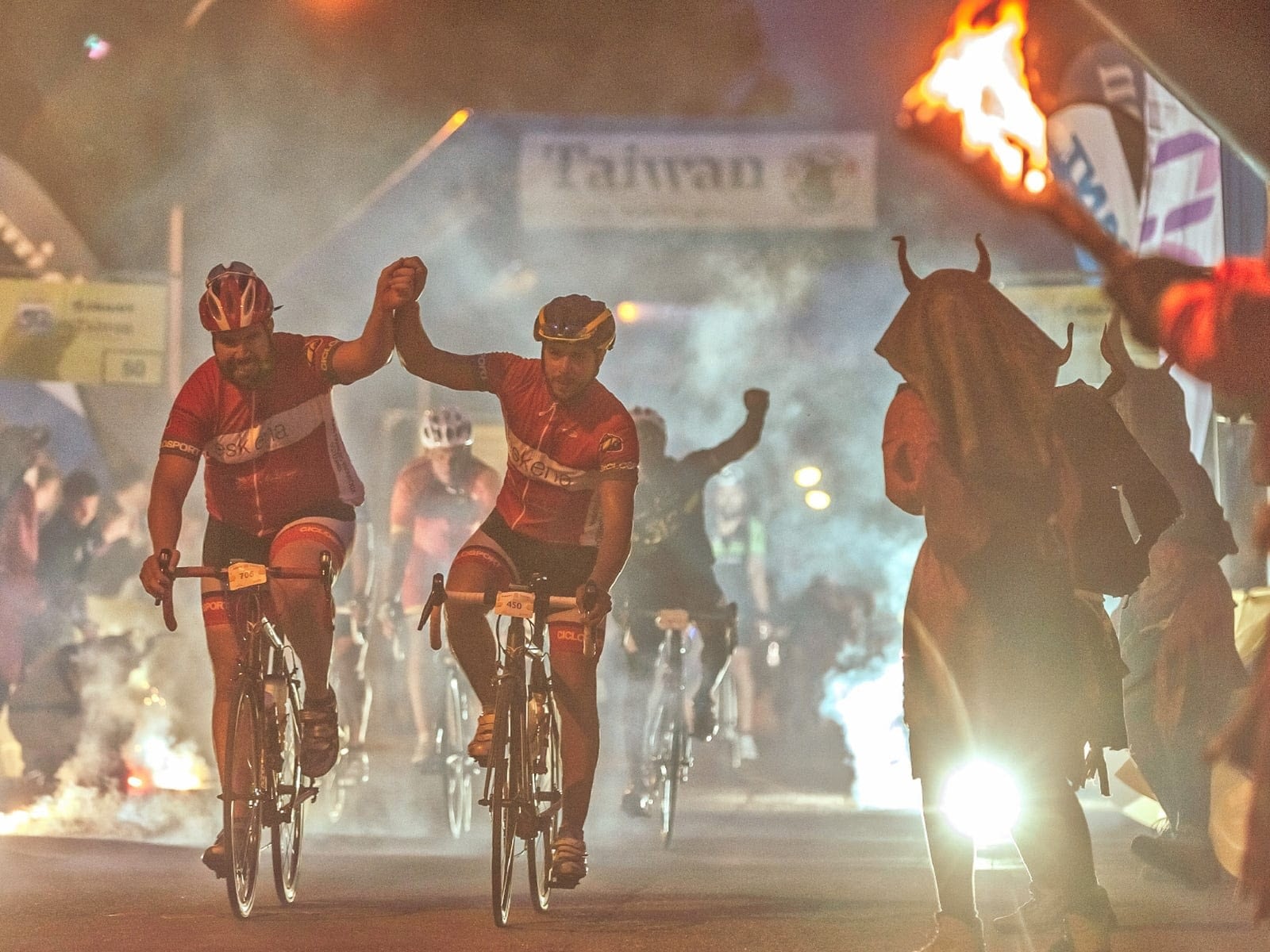 One of the early season classics in the European cycling calendar. The route heads out from Wevelgem to western Flanders past WW1 battlefields and the beautiful town of Ypres. There are four choices of distance from 60km to 220km so there is something for everyone. Though the route is relatively comfortable (the 135km route has around 750m of climbing), there are some tough challenges to overcome most notably the mighty Kemmelberg with 23% gradient at the steepest part.
The final 20km are flat and fast culminating in a sprint finish where the pros will be fighting for victory the next day.

The Weekend – Inside the Pro Peloton

Not only do you get to ride the same route as the pros the day before, but you can also stay in the same hotel as a pro team. The ParkHotel in Kortrijk has long been a favourite for pro teams and over this weekend Tinkoff Saxo will be staying. The hotel has an amazing spa, perfect for after a tough ride or to properly relax over the bank holiday.
On the Sunday, watch the race in Ypres or head to the Kemmelberg to watch the pros tackle the key part of the race. Both Ypres and the Kemmelberg are on the way back to Calais so you can watch the race and still catch an early evening crossing back home.

Two nights at 4* hotel & sportive entry from £125 per person

Quickly becoming as much of a classic as long established sportives like Marmotte or the Etape du Tour, Mallorca 312 takes in a complete lap of cycling’s favourite island. Starting and finishing in Playa de Muro close to Alcudia, the major climbs are packed into the first third of the route. There are options of a 167km or 312km route and you can choose which one to ride all the way up to the point the routes split at approx 90km.

The Weekend – Miles in the Sun

Mallorca is the favourite destination for cyclists for good reason. The variety of riding is unrivaled with flat sections on quiet lanes, long steady climbs on smooth tarmac and some short sharp climbs to hilltop villages. In the days before the 312, take in some of the island that you won’t ride on the sportive including the famous Sa Calobra, the lighthouse ride to Cap Formentor & many more. Late April / early May is one of the best times to be in Mallorca and a great way to spend your bank holiday weekend.

All our Mallorca 312 entries are sold out. Good luck to everyone riding it this year.

Surprisingly in the height of sportive season this weekend lacks any marquee events in Europe. The best bets for this end of May bank holiday are closer to home.
In the west country there is the multi day Tour of Wessex. Entering it’s 11th year, this is one of the biggest multi stage cycling events of the year. The routes all start from the same place each day and take in a different part of the west country with a total of 330 miles over the weekend. More information here – Tour of Wessex
At the other end of the scale, entering its first year is the Bianchi Double Devil sportive in mid Wales. The two devils in question are Devil’s Staircase & Devil’s Elbox, both hitting gradients of 25%. The full route is 194km with 3700m of climbing – one of the most challenging routes you can find in the UK. More information of this great new sportive can be found here – Bianchi Double Devil

After years of speculation finally we have a showpiece sportive in the Pyrenees and the Marmotte organisers have delivered a route in keeping with the classic Alpine event. The Marmotte Pyrenees route looks incredibly tough with over 5,600m of climbing over 5 classic Tour de France passes including both ways up the Tourmalet. The route finishes with a climb up Luz Ardiden, one of the best climbs in Europe.

The base for the sportive is Luz Saint Sauveur at the base of the Tourmalet & Luz Ardiden. Fly into Lourdes Tarbes airport and have just a 45 minute transfer to the mountains. Warm up route options include Aubisque, Col du Soulor, Hautecam and many more. Rest up on the Saturday before the epic challenge of the sportive. Celebrate at the pasta party close to our hotel in Luz Saint Sauveur before catching the Monday flight back; this is the most action packed bank holiday weekend possible.